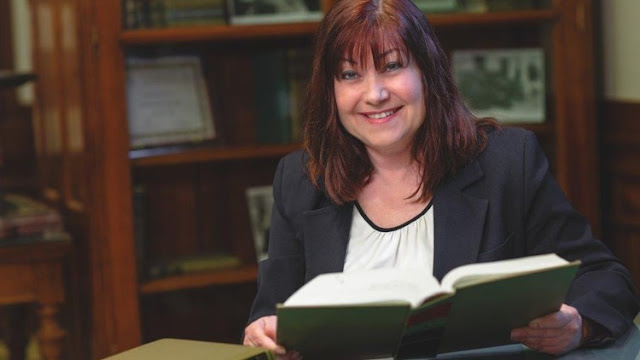 She deserves props for hiring a registered person for her campaign. She probably understands what registrants face because she's been the target of a dubious prosecution against her, which is currently ongoing. It seems any politician willing to give second chances to registered persons faces attacks like this one.

Crain disposed of the fewest criminal cases in 2017 among the eight criminal court district judges.

The only contested judicial race in Travis County’s criminal district courts has gotten contentious, with challenger Chantal Eldridge saying taxpayers have been underserved by the incumbent while Eldridge faces questions of her own about the registered sex offender she employs in her law firm and intends to bring on as a judicial aide if she wins.

Eldridge, a 53-year-old career defense lawyer who narrowly lost a judicial race in 2016, is running against state District Judge David Crain, who has presided over the felony 331st District Court since 2010 and has been a judge in Travis County for 32 years. He said his experience sets him apart in this race, suggesting “you wouldn’t want a novice to sit and try to conduct a jury trial for a murder case, child sexual assault, bank robbery or something like that.”

On the campaign trail, Eldridge has characterized Crain as inefficient, pointing to statistics from Dec. 8 that show defendants awaiting resolution of their cases in Crain’s court had averaged 129 days in jail — the most of the county’s eight felony courts.

Those numbers are misleading, Crain said, noting that the total days spent in jail fluctuate as cases are resolved and that he’s “always in the middle” among his peers for the number of pending cases in his court and jury trials. The average time a defendant sits in jail is not among the standards included in an analysis the county did last year to assess judicial efficiency. Neither are jury trials; Crain had eight in 2017, tied for fifth among the eight judges in felony courts.

The county does keep an eye on the number of cases a judge disposes. Crain ranked last in 2017.

Eldridge faces questions related to the criminal history of a staff member.

Shortly after losing to now-state District Judge Brad Urrutia in 2016, Eldridge hired John Gerard Zamarripa, who had volunteered on her campaign, to be her legal assistant. Zamarripa, 53, pleaded guilty in 1990 to sexual assault of a child after an incident with a family member at a South Austin home. According to a March 1988 arrest affidavit, a 14-year-old girl said she was watching TV with Zamarripa when he began began to kiss her and had sex with her.

Zamarripa was 24 at the time. Under the terms of his plea deal, the conviction was dismissed from his record in 2000 after he successfully completed 10 years of probation. He was ordered to register as a sex offender for the rest of his life.

Eldridge said Zamarripa will probably be her court coordinator if she’s elected, “unless there is some legal reason he shouldn’t, or new allegations come up.” He has been involved in the campaign, coordinating the placement of yard signs and handling media requests.

Refusing employment to a past felon would run counter to her faith in criminal justice rehabilitation, Eldridge said. She called Zamarripa a conscientious worker.

“I just don’t think a criminal history — after somebody has successfully completed their punishment — should bar someone from getting a job, or at least being considered,” she said.

Eldridge’s campaign website addresses Zamarripa’s past — “True to her belief in criminal justice reform, Chantal knows that if she were not willing to offer an ex-felon a second chance, an opportunity to show he was rehabilitated, then she would be a hypocrite.”

If Eldridge wins, Zamarripa’s role in her office could be complicated, as a criminal history might impede his access to certain court documents, according to court administrative director Debra Hale. However, nothing stands in the way of Eldridge hiring him, Hale said.

Zamarripa worked on Mike Martinez’s 2014 mayoral campaign, first as a volunteer and then as a paid staff member. Zamarripa disclosed his criminal history to the campaign before taking the paid position, Martinez said.

“We saw no reason to cut ties with him for something that had happened several decades ago that he disclosed to us,” Martinez said. “He continued to serve on the campaign until the campaign ended.”

Two female clients at the Travis County Correctional Complex at Del Valle made complaints against Zamarripa, with one saying he grabbed her breast while placing business cards into her pocket, the report says. The woman told deputies that Zamarripa also asked inappropriate questions about her sex life and discussed with her a tattoo on her breast that he saw while looking her up on Facebook.

The second woman said Zamarripa asked inappropriate questions about her sexual history and grabbed her hands, the report says. Eldridge said Zamarripa was checking for markings that would indicate whether she had been cutting herself — a past concern with the woman. That assessment was needed to get the woman approved for outpatient services, Eldridge said.

“We intend to proceed with the case and have a jury trial if necessary, and we expect him to be fully vindicated,” Baird said.

Zamarripa pleaded not guilty and is scheduled for a pretrial hearing March 29 before a justice of the peace. The maximum punishment for a Class C misdemeanor is a $500 fine.

It came out in her previous campaign that Eldridge has a criminal past of her own, a 1995 charge for obstruction of process in Putnam County, Tenn. A grand jury indicted her on the misdemeanor charge, which is described in the state statute as intentionally obstructing a law enforcement officer from effecting a stop, frisk, halt, arrest or search by using force against the officer. Eldridge denied that there was any physical contact between herself and the officer, who she said made the arrest in retaliation after Eldridge filed a complaint against him for excessive force against her elderly mother, who was injured while being arrested for a loose dog.

The charge against Eldridge was dismissed in January 1996 — 10 months after the incident. Later that year, Eldridge filed a petition to have the charge expunged from her record.

She moved to Austin with her mother in 2003 and began a criminal defense practice.

Since mid-December, Crain has secured $45,280 in campaign donations to Eldridge’s $4,451. Of endorsements, Crain has 12 and Eldridge three. The local bar weighed in on the race, with 72 percent of participants siding with Crain.

Eldridge was the only woman in 2016 to lose to a man in a Travis County race, when she got 47 percent of the vote against fellow defense lawyer Urrutia.

Championing fresh ideas, she said she’d like to expand the misdemeanor Phoenix Court — which provides alternatives to jail for defendants charged with prostitution — by bringing it to her felony court. She’d also like to discontinue any conditions that require a person charged with a crime to have permanent housing to qualify for a personal bond.

She also wants to take over a docket that caters to defendants with mental health needs — something Crain developed years ago as a County Court-at-Law judge. The docket is currently handled by Magistrate Judge Leon Grizzard.

While Eldridge has questioned Crain’s record, he’s taken shots of his own, saying Eldridge is not known to take cases to trial.

“She will tell you she’s done some, but no judge I know of has ever heard of them or seen them,” he said.

Crain, 65, said he wants another four-year term and will then probably retire.

Early voting in the Democratic primary gets underway Tuesday. Election day is March 6.

This story has been updated with details of John Zamarippa’s most recent criminal charge, based on documents obtained by the Statesman on Feb. 22.

David Crain, 65, has presided over felony criminal cases as the judge of Texas’ 331st DistrictCourt since 2010. He previously was a County Court-at-Law judge for 19 years and a justice of peace for six years. He earned undergraduate law degrees from the University of Texas.
Civic participation: Has been a judge in Travis County for 32 years.

Chantal Eldridge, 53, has defended people charged with criminal offenses for most of her 29 years as a lawyer. She practiced law in California and Tennessee before moving to Austin in 2003. Much of her practice focuses on defendants with mental health needs.

Civic participation: Has volunteered at voter registration events and fundraisers for Democratic groups.

State district judges preside over felony criminal cases, such as murder, aggravated assault and burglary of a habitation. They serve four-year terms and make $158,000 a year.
Posted by oncefallendotcom at 9:18 AM

Email ThisBlogThis!Share to TwitterShare to FacebookShare to Pinterest
Labels: 2018 Best pol of the year, Chantal Eldridge