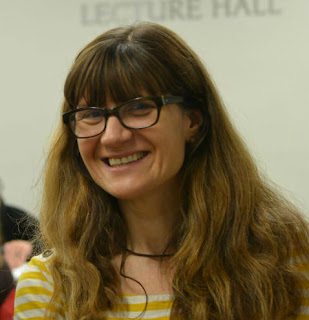 Emily Howowitz soundly defeated a major player in the cult of victimhood in Marci Hamilton of CHILD USA.

1. High Reoffense rates/ Can't be cured
2. If it saves just one child
3. The hundreds of victims myth
4. All on the registry are pedophiles

Marci kept relying on vague claims ("social scientists say") but WHICH social scientists was she talking about? Prentky? Langevin? Those two studies that made outlandish claims were debunked. Marci didn't name an actual study during this debate. NOT. ONE. STUDY.

Should the sex offender registry be abolished? Watch a live debate at the Soho Forum between Emily Horowitz, a sociologist at St. Francis College, and Marci Hamilton from the University of Pennsylvania and CHILD USA. Drop questions in the Facebook comments, and we'll read aloud a few of the best at the event.

Posted by oncefallendotcom at 8:31 AM No comments: